Zali Stegall is the independent candidate who defeated Tony Abbott in the electoral division of Warringah (NSW) at the Federal Election in May 2019.

Zali needs 2 million Australians to sign this PETITION before 23 March 2020.
This is when Zali will introduce the “Climate Change Act” into Federal Parliament.

Please sign this PETITION and send a link to this page http://pecan.org.au/petitions/ to as many friends as you can and ask them to sign the petition too.

We need a vibrant democracy. Without it, we cannot hope to solve big challenges like the climate crisis or create a future that’s good for everyone and every living thing.

But right now, big coal and gas corporations are flooding our political system with big money.

In the lead up to last year’s federal election mining magnate Clive Palmer’s company Mineralogy splurged more than $83 million on political donations. (He must really want that new coal mine right beside Adani’s.)

Gas company Woodside donated $283,340 to both Labor and Liberal parties. The month after the Morrison Government approved its coal mine, Adani gave the Liberal-National Coalition $200,000.

These numbers were only made public this week because political donations in Australia are shrouded in secrecy.

It’s time to clean up our democracy – cap political donations by corporations to curb unfair influence. Report donations as they happen so we are all informed. Create an independent watchdog to investigate and stamp out corruption.

These are key ingredients to a thriving democracy, where politics works for everyone. Where people determine public policy, not dollars. And public debate is open, robust and vibrant, not dictated by the few with big wallets.

Here’s how we start:

1. Get big money out of politics

Together, we need to build the momentum for a healthy democracy that includes each of us fairly. Getting an open letter with thousands of signatures in front of our federal MPs and Senators is the first step in showing the demand for change.

Sign the open letter to all of our elected representatives.

We’ll also deliver the open letter to the Joint Standing Committee on Electoral Matters – whose job it is to look into election campaign spending.

2. Put people back in – do democracy

Email or meet with your local MP to stand up for what matters to you, like protecting nature and wildlife, and taking action on climate. Join or start a local ACF Community group to connect with like-minded people in your community and take action together.

Because people like you do democracy – the Great Barrier Reef is free from oil rigs. We have Landcare and National Parks. Everyone can breathe easier because cars no longer burn leaded petrol.

Working together, we can all create a healthy, fair democracy that gives people an equal say. A democracy that works for everyone and represents everyone, including those who are not able to have their voices heard.

So let’s get on with it. 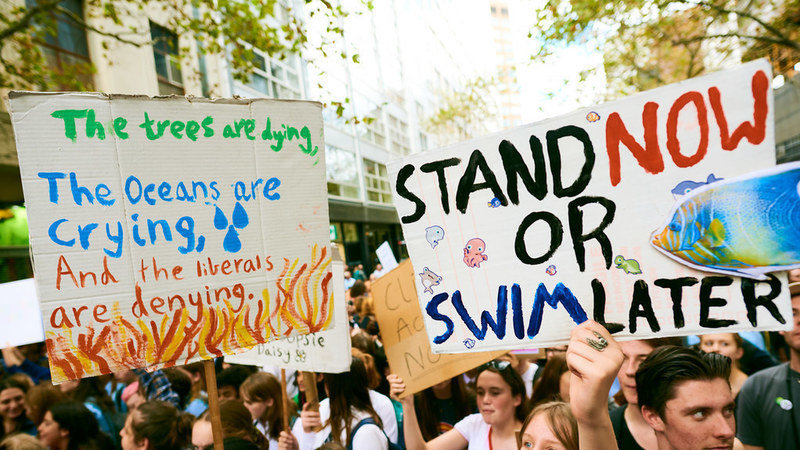 Our neighbours, in Glen Eira, are petitioning their council to declare a Climate Emergency. Sign the petition to help them in their quest. Details on CHANGE.ORG