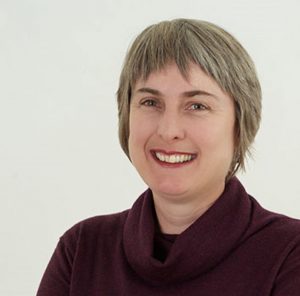 Esther Abram has over 20 years experience in the not for profit sector, working in senior leadership roles for environmental and philanthropic organisations.

Esther is the Giving Green Manager at the Australian Environmental Grantmakers Network. Esther has worked with the AEGN for three years, resourcing funder collaborations and supporting members to build their understanding of environmental issues and environmental organisations.

Prior to this Esther was employed by Changemakers Australia, where she focused on removing the legal barriers to foundations which wanted to fund advocacy. At the end of her three years at Changemakers, the Australian Parliament passed the Charities Act into law, enshrining the right of all charities to advocate. Changemakers and Esther played an instrumental role, leading a philanthropic collaboration championing the reform.

From 2005 to 2010 Esther consulted to a wide range of not-for-profit and government organisations, providing strategic advice, policy and program development on sustainability issues.

From the mid 1990s Esther held leadership roles in environment organisations. She was Director of Environment Victoria for 4.5 years from 1996, expanding the campaign base of the organisation and collaborating with other organisations to increase the capacity of the movement. In 2001 Esther became the inaugural CEO of the Moreland Energy Foundation, building a strong organisation and establishing innovative programs to engage the community in sustainable energy and emission reduction initiatives.

Esther holds a Master of Arts from Melbourne University, a Graduate Diploma of Business and a Bachelor of Arts. She is currently the President of the Invasive Species Council.